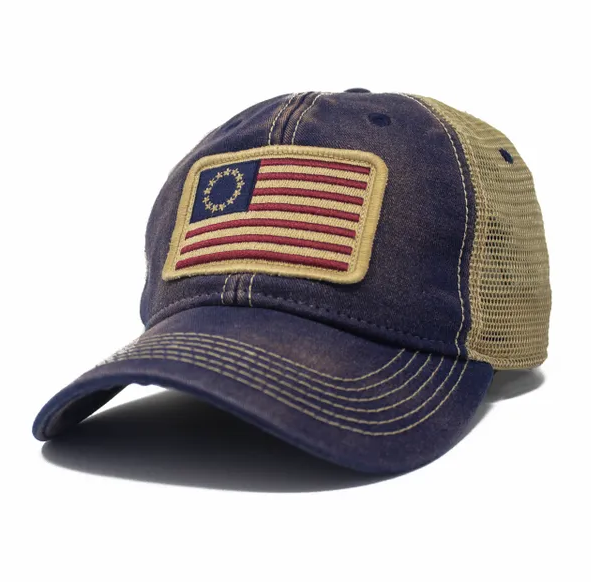 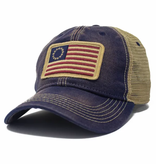 One of the earliest designs for the American flag, the Betsy Ross USA flag is a classic sign of patriotism. Designed after the American Revolutionary War, the thirteen stars and stripes representing the 13 colonies that fought for their freedom. Betsy Ross was an upholsterer who created tents, uniforms and other fabrics for the American forces. Legends vary as to how Betsy was commissioned to create the flag, but a popular story is that she was approached by the founding fathers, including George Washington, to make the flag. Designed by our staff in New Bern, NC. Weathered flag and HEAVILY faded cap, in Navy blue, creates a vintage look. Hat is adjustable. Mesh is super soft and bill has a natural bend. Only at Revival Hats.

Add your review
0 stars based on 0 reviews